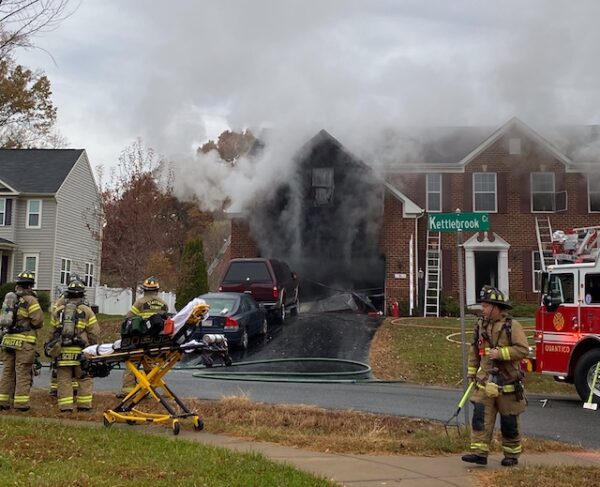 Just before 8:30 a.m. on Monday, November 22, Stafford County Fire and Rescue units were called structure fire at a home on Kettlebrook Court, about a half-mile from Paddy’s Public House in North Stafford.

Crews reported a fire in a garage on the front of the home. Crews made entry and found the fire had started extending into the home. The fire was marked under control approximately ten minutes after arrival.

One occupant escaped the burning home before fire crews arrived. The victim suffered minor injuries and refused to go to a hospital, said fire and rescue spokeswoman Katie Brady. The occupants of the home also refused help from the American Red Cross, Brady added.

Traffic stops on I-95: Drivers traveling through Stafford County during the overnight hours next week should know about upcoming roadwork that could delay their trip. [Virginia Department of Transportation] Go…

More than 50 children will each pair with a police officer and set off to shop for Christmas gifts.

Police are investigating a shooting in Woodbridge.

The Rose invited residents to chime in on its plans to build a new outdoor part next to its coming 305-room hotel and gaming resort.