(The Center Square) – Two new Virginia education laws are going into effect July 1 – one will give parents the authority to opt children out of sexually explicit coursework and the other will reinstate some requirements for teachers to report student misdemeanors to police.

Under the new law from Senate Bill 656, schools will need to notify parents of sexually explicit material in any coursework and directly identify the material and the explicit subjects. Parents will have the authority to opt their children out of such assignments and teachers would need to provide alternative assignments for those children.

The bill does not give parents the ability to ban any material or force alternative assignments on the entire classroom.

Sexually explicit material is defined as any description or visual representation of a lewd exhibition of nudity, a depiction of sexual excitement or conduct, as well as bestiality, sadomasochistic abuse, coprophilia, urophilia or fetishism. The Department of Education is required to provide school boards with more specific guidance by the end of the month and school boards will need to adopt policies that conform to the law by the start of 2023.

Another law from House Bill 4 will reinstitute mandatory reporting of certain misdemeanors committed by students. School officials will need to report sexual assault, stalking and threats against the school or school personel. There is an exception for special needs students who make threats, which gives school officials discretion on whether they report those threats to the police.

These mandatory reporting requirements had previously been part of the Virginia code, until they were removed in 2020. That decision came under scrutiny when a male student wearing a dress was accused of sexually assaulting a female student in a Loudoun County Public School bathroom and was transferred to another school where he was accused of sexually assaulting another female student. He was convicted in both cases. Although the school later stated that they did report the crime to police, schools would have been protected under the previous law if they had not, because both crimes were misdemeanors.

School officials will still have discretion in reporting other misdemeanors, such as alcohol, marijuana or drug misdemeanors and misdemeanor assaults that are not sexual in nature. Although officials can report them to police, they are not required to do so. Officials must report all felony offenses, which continues the current standard on such offenses.

Both bills were sponsored by Republican lawmakers. The bill that gives parents more authority over sexually explicit content faced opposition from most Democratic lawmakers, but a few Senate Democrats joined Republicans to ensure the bill’s passage. The mandatory reporting law received more bipartisan support, but faced opposition from more than half of the state’s Democratic lawmakers.

During the 2021 gubernatorial election, then-candidate Glenn Youngkin campaigned on a stronger parental role in public education. As governor, Youngkin supported both bills. His opponent Terry McAuliffe, who had previously served as governor, vetoed legislation similar to Senate Bill 656. 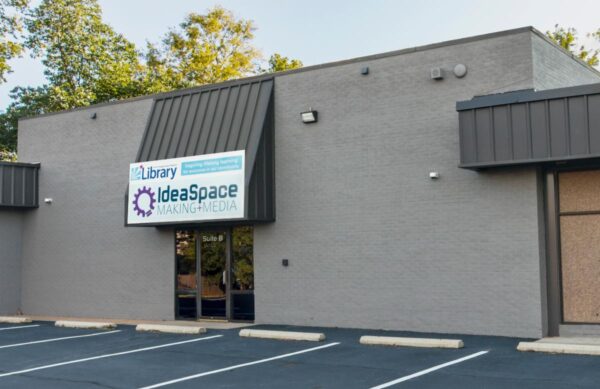 Central Rappahannock Regional Library’s IdeaSpace: Making+Media is expanding its hours starting Tuesday, July 5, and will be offering high-tech equipment training and independent use of equipment 29 hours/week:

IdeaSpace: Making+Media is located at 1616 Princess Anne Street, Suite B, Fredericksburg 22401, and offers:

On June Tuesday, June 28 at 8:25 p.m. officers were called to a home in the 14700 block of Darbydale Avenue Dale City. Upon arriving at the residence, officers found a 52-year-old man suffering from stab wounds outside of the home.

Officers provided first aid to the victim until rescue personnel arrived and treated the victim at the scene for non-life-threatening injuries, police said.

The investigation revealed the victim and an acquaintance, identified as the accused, were involved in a verbal altercation that escalated. During the encounter, the accused stabbed the victim, police said. Eventually, the parties separated, and the police were called.

Kendra Lynett Geter, 50, of the 14700 block of Darbydale Avenue in Dale City, is charged with malicious wounding. Her court date is pending.

On Tuesday, June 28 at 8:17 p.m., officers responded to the 10700 block of Balls Ford Road near Manassas, where they found an unconscious man who was taken to a hospital where the injuries were determined to be non-life-threatening.

The investigation revealed the victim, a 43-year-old man, was in the above area when he was approached by another man who struck the victim causing him to fall to the ground where he then struck his head and lost consciousness. police said.

During the investigation, officers identified and located the accused at a nearby business where he was detained.  Gordon Lawrence Tibbs, Jr., 41, of 9613 Aspen Place n Manassas, is charged with malicious wounding. His court date is pending.

On Tuesday, June 9 at 5:57 p.m., officers were called to the 16600 block of Flotilla Way in Woodbridge to investigate an assault. A 15-year-old male, later identified as the accused, initially reported to police he was involved in a fight where he was struck multiple times by a group of unknown individuals, police said.

Rescue personnel treated the juvenile at the scene for minor injuries. While investigating, officers were informed of a 16-year-old male juvenile who was receiving treatment at an area hospital for non-life-threatening injuries.

During the encounter, the suspect retrieved a knife and stabbed the victim in the hand. At one point during the altercation, witnesses intervened, and the parties eventually separated.

On June 16, following the investigation, officers submitted petitions for the accused, identified as a 15-year-old male juvenile, who was arrested on June 28. Police are withholding his name, and charged him with malicious wounding. The teenager is being held at the Juvenile Detention Center. 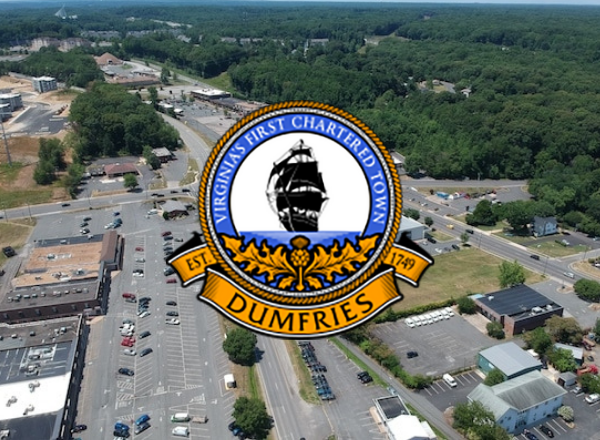 The town council, which unanimously voted to send the measure to a public hearing on Tuesday, July 5, aims to give cash to those who sell their unwanted firearms to the town's police department. According to councilmembers, selling unwanted guns to police will help reduce crime.

Become a Member Today and Get Connected to Your Community!
0 Comments
Fredericksburg, News 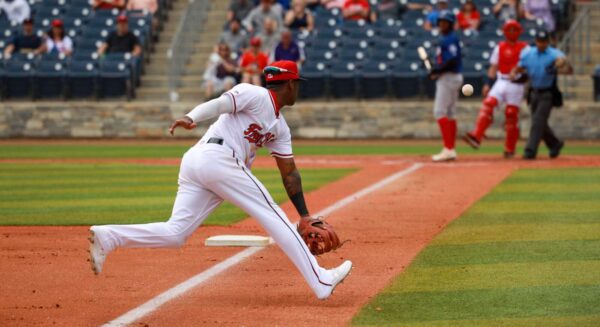 Rutledge ran into a bit of trouble in the 2nd inning when Delmarva put runners on the corner with one out, but the sinkerballer righty induced an inning-ending double play, and it was smooth sailing after that. Rutledge retired the final 11 men in a row, and has a scoreless streak of 13 innings and counting at home.

De La Rosa started a FredNat rally in the 3rd with a two-out single, and after he stole second, Leandro Emiliani roped a double to the right field corner to score De La Rosa and make it 1-0 FredNats.

Infante hit number 15 on the season to give him sole possession of the league lead in homers in the 7th, a three-run bomb just tucked inside the left field foul pole to put the game out of reach at 6-0.

Orlando Ribalta pitched the final two innings scoreless to give the FredNats their 4th shutout of the season.

The FredNats improve to 5-8 in series openers this year, and will go for their third win in a row tomorrow night at 7:05 with LHP Dustin Saenz on the mound.

Germanna Community College will soon move its Fried Center location to a new campus on Garrisonville Road in North Stafford.

During a recent Central Rappahannock Regional Library Board of Trustees meeting, the library announced the community college would move from its location at 124 Old Potomac Church Road in Stafford. CRRL operates a branch library inside the campus, known as the Barbara J. Fried Center, which opened in 2018.

Become a Member Today and Get Connected to Your Community!
0 Comments
Manassas, News

On Monday, June 27, 2022, at 3 a.m., police responded at 7-Eleven in the 9200 block of Wellington Road in Manassas for a robbery report. A man walked into the store, implied he had a weapon, demanded cash, and then fled on foot, police said.

An officer called to the scene of a person matching the description of the suspect discarding clothing and money in the area of Bonham Circle and Miles Place, police said.

On Sunday, June 26, 2022, at 11:45 p.m., police responded to another 7-Eleven in the 8900 block of Godwin Drive in Manassas for a robbery. A man described as young and skinny entered the business, implied he had a weapon, and demanded money, police said.

The suspect then fled on foot in an unknown direction.

On Tuesday, Fredy Ivan Salmeron-Velasquez, 39, of Manassas, was arrested without incident and charged with two counts of robbery. The two incidents are thought to be related, police said.

A Stafford County woman died after the car she was riding in ran off the road and struck a tree.

Wilma Comuntzis, 76, of Stafford, the passenger, died while at the hospital.

Deputy S.C. Martin is the lead investigator and is continuing to investigate the crash, police said.

We first told you about the cash yesterday.

This meeting will be hosted by the department’s Crime Prevention Unit, and all members of the public are welcome to attend.

The meeting is intended to be a training session that will cover situational awareness, crime reporting, home security, and watch patrol. The training would enable attendees to start watching associations in their neighborhoods.

The meeting is scheduled for Monday, July 11 at 6 p.m., the event is expected to last about an hour.

To join the virtual meeting attendees must use this link and enter the session password “safe.”

Become a Member Today and Get Connected to Your Community!
0 Comments
View More Stories