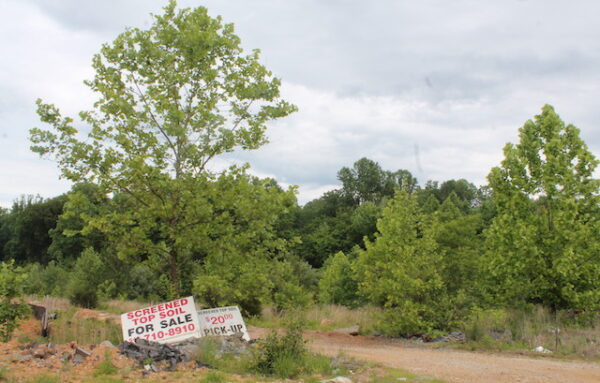 FREDERICKSBURG — Although construction vehicles have yet to appear at the planned Fredericksburg Baseball stadium site, fans and residents have no reason to fear an Opening Day delay according to Fredericksburg’s Director of Economic Development and Tourism Bill Freehling.

“The team continues to make significant progress toward the beginning of construction work,” Freehling wrote in an email to Potomac Local. “They [Fredericksburg Baseball] hope to be underway early this summer.”

The site of the stadium, located directly next to the Fredericksburg Expo Center, sits vacant with trees, dirt, rocks and even a business sign that still need to be excavated when the team starts construction on the $35 million multi-purpose stadium. The only dirt that looks to have been moved at the site was during the groundbreaking ceremony held back in late Feb.

The city of Fredericksburg and the Potomac Nationals negotiated a deal to move the ballclub from Woodbridge to the city in June 2018. In the agreement, the city will pay the ballclub $1.05 million every year for the next 30 years. In return the owners of the Potomac Nationals, the Silber family will privately pay for the construction of the stadium.

According to Freehling, the team isn’t in any danger of violating the agreement with the city if the stadium isn’t ready by Opening Day 2020.

“The agreement states that the City “shall have the right” to terminate if “the Stadium is not constructed in substantial accordance with the Plans and open to the public by April 1, 2021,” Freehling wrote.

The city’s financial obligation begins “on the first day of the fourth calendar month after the Commencement Date.” The Commencement Date is defined as “the date on which the Stadium has received its temporary occupancy permit and is actually available for city events,” according to Freehling. Payments will be made quarterly from that point.

The agreement between the city and the team gives the city exclusive use of the stadium for up to 183 days each year for such things as high school, college and amateur athletics, as well as concerts and other events.

The city already seems to be buzzing for the move as the team had already sold 1,250 ‘Founders Club’ tickets. Founders Club members will be able to select season ticket plans first. The team also held a ‘name the team’ contest where fans were able to submit suggestions for the clubs team name. The club closed suggestions for the name on May 1. It is unclear whether the team will hold an online city-wide vote for the team’s name or if a committee will choose the team’s name.

“We don’t know what the team’s name will be but Fredericksburg will be in the name,” Potomac Nationals Owner Art Silber told Potomac Local back in February.

The Potomac Nationals did not return a request for comment for this story.