A new Planet Fitness location will open in Woodbridge.

The new gym will sit at 12619 Galveston Court, just off Hoadly Road. The gym will be in the same shopping center as a Harris Teeter grocery store.

The new location will open by mid-July, said Short. It will be the third in Prince William County.

Fun fact: The gyms host a pizza night on the first Monday of every month, according to the company’s press kit. On average, a club serves more than 5,500 slices of pizza per year.

The company recently relocated to occupy over 2,000 square feet of the Northern Virginia Bioscience Center, where it will begin to develop new diagnostic technologies to M and quantify SARS-CoV-2, like the COVID-19 coronavirus, variants and other viral pathogens.

The expansion project will create up to 70 new jobs.

“Prince William County has emerged as a hub for the life sciences industry, offering the infrastructure, R&D assets, and talent to attract and retain innovative biotech firms like Virongy,” said Governor Youngkin. “We applaud the company for its groundbreaking developments that will have a positive and far-reaching impact on bioscience advancements and disease prevention and treatment.”

Virongy Biosciences Inc. was founded in 2014.

The Northern Virginia Bioscience Center, at 11225 Asset Loop near 2 Silos Brewing outside Manassas, opened April 1 at a cost of $17.5 million.

The Caruthers Companies and its attorneys will have a Zoom meeting to discuss its plans for redevelopment at Belmont Bay in Woodbridge.

The plan to transform the quiet harborside neighborhood at the Potomac and Occoquan rivers into a mixed-use district has met with outcry from residents. According to company spokesman Jay Sotos, the firm submitted revised plans to the Prince William County Government for the proposed redevelopment.

The company will present its plans at the next Woodbridge Potomac Communities Civic Association meeting on Thursday, May 19. The  Zoom meeting is open to the public, and you can join the meeting by clicking this link.

The “reimagined” Belmont Bay neighborhood marks the latest development in the storied mixed-use district that, for the past 20 years, has failed to achieve its grand vision.

Last year. The Caruthers Companies, the Belmont Bay developer, filed an application with the Prince William County Government to rezone 170 acres of land in the secluded neighborhood of townhomes and condos. The developer hopes to build what it calls the $550 million final phase of development on the land Caruthers acquired in 1960.

At the center of the project is the Beacon building, a newly-built community center to replace the existing harbor master budling at the development’s marina on the Occoquan River. A restaurant or food hall would be located inside the building, and an exterior patio would provide a place for both residents and the public to gather for open-air, waterfront views.

A new boardwalk would extend nearly 1,000 feet from the patio of the Beacon building to the George Mason University Science Center for river studies, which opened in 2018. Also, a new tree-lined urban plaza, performance space, and a new green would span the length of Harbor Side Street, between Beacon and the science center.

The size of the marina would stay the same despite the loss of the harbormaster building. The developer also proposes “less intensive” uses for the property than originally proposed under the old town center concept, swapping some 1.4 million square feet of planned commercial space and 505 hotel rooms Caruthers had hoped to build with nearly 1,000 new homes.

Business leaders gathered to cut the ribbon on the new Duly Noted store.

According to the company website, the founders first opened the store in Washington, D.C., and now have moved their store to Fredericksburg.

Collage Spa, which was in the space previously, will relocate to 804 Charles Street.

Latinos pay more but get less. That’s the motto of the LIBRE Initiative which will host a grassroots event to bring awareness to what it calls harmful federal policies driving up costs of everyday goods as a part of “The True Cost of Washington” campaign.

The organization says inflation has caused the average household’s annual grocery costs to go up by about $430. To demonstrate the true cost of Washington’s policies, LIBRE will distribute gift cards for $28.67, the average cost of inflation for two days.

The event will take place tomorrow, Saturday, May 14, from 11 a.m. to 1 p.m. at Todos Supermarket in Marumsco Plaza, 13905 Jefferson Davis Highway in Woodbridge.

“The Federal Government’s spending policies and burdensome regulations have led to skyrocketing costs and the highest inflation levels in four decades,” a press release states.

Daniel Garza of Texas is president of The LIBRE Initiative. He served the George W. Bush Administration as Deputy Director of External and Intergovernmental Affairs in the Office of the Secretary at The Department of Interior and was appointed in 2004 to Associate Director of the Office of Public Liaison in the White House.

Garza later joined Univision as a producer and was appointed to serve on the Board of The Harvard Journal of Hispanic Policy in 2016.

Todos Supermarket owner Carlos Castro tells Potomac Local News he’s seen the increased costs passed along to his business. Castro says prices are up on everything from milk, eggs, and general groceries.

About 200 people came to the Aging Gracefully Expo on Thursday.

The Prince William Chamber of Commerce organized the event formerly known as Transitions. Thursday’s event marked the in-person return after being conducted virtually the past two years due to the coronavirus pandemic.

More than 30 vendors exhbited during the event held in the shopping mall’s food court.

The water is ready, and the ribbon is cut.

The school will provide swim lessons and water safety instruction for children ages four months to 12 years at the indoor facility.

Earlier this year, we reported on the booming business in our area, teaching children how to swim. 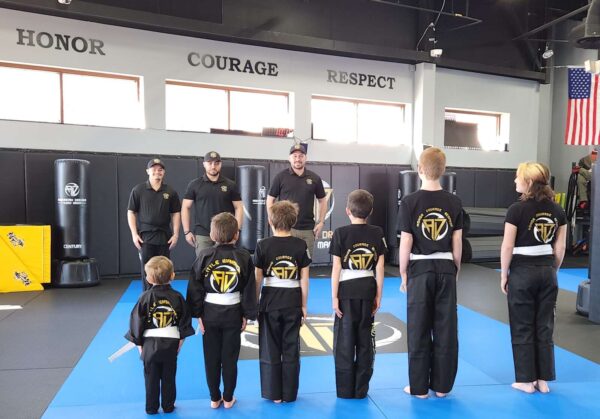 A new martial arts studio in Manassas aims to help victims of assault overcome insecurities and vulnerabilities and move forward with their lives.

American Drengr Krav Maga, at 10079 #7 Market Circle, in Manassas, will open in Hastings Marketplace on May 28, 2022. A ribbon-cutting will be held at 11 a.m., followed by self-defense demonstrations for women and children and a gun defense seminar.

According to the business, Krav Maga is not a traditional martial art. Originating in pre-World War II Europe and developed for training the Israeli Defense Forces and Security Forces, Krav Maga is a self-defense and striking system.

The business will provide self-defense training for those ages three and up. “We help children learn to focus, listen, be aware and defend against bullies or other types of potential threats. Adults learn mindset, situational awareness, and self-defense techniques,” said Sharon K Fontanella, the business founder. “Our motto is “get home safely.” Honor, courage, and respect are embedded in everything we teach and do.”

Fontanella and her husband are trainers and emphasize it is not a sports competition but is only for self-defense. Both are in their mid-sixties and have trained Krav Maga for over three years. The couple offers training to groups like Realtors, home school, and church groups.

First-time business owners, the couple utilized the help of their students in the area who specialize in specific areas. One is a marketing professional. Another is a photographer, while another is an IT specialist and salesperson. “We could not do this without a team of people passionate about what we are about,” Fontanella told Potomac Local News.

The business has welcomed more than 70 students, including more than 20 women who attended a recent self-defense seminar. The studio aims to enroll 100 students in 100 days from the time of its grand opening celebration later this month. By June 2023, the business hopes to have more than 200 students.

The school will be open for business Monday through Friday from 2 until 9 p.m. and Saturdays from 10 a.m. until noon and is closed Sundays.

A new ethnic market in North Stafford offers a taste of eastern European food, something new to the uninitiated, and comfort to those familiar with the cuisine.

The Moldova European Food Market opened its doors on April 9 and made available its offerings of foods and delicacies from countries such as Romania, Ukraine, Georgia, Bulgaria, Poland, Russia, and others surrounding the Baltic Sea.

In addition to their new brick-and-mortar location, Moldova offers online ordering that can be sent to anywhere in the United States.

The owners of Moldova, Alexei and Corina Dorgan, came to the U.S. in 2010 and opened the store to provide those with a taste of something that some people may have experienced on their travels in the past or to have a taste of home.

“We opened the store for Military families who served in Europe and would like to find some specialty groceries and meats”, says Alexei Dorgan. “Also for Polish, Bulgarian, Ukrainian, Romanian, Czech, Armenian, Georgian, Uzbekistan, and Serbian families.