“I join Republican Leader McCarthy in conveying, in no uncertain terms, that Attorney General Garland and the Department of Justice will be compelled to provide answers to the many questions surrounding this unprecedented raid of a former President’s home,” said Cao in a statement to press. “I came to the United States as a refugee from a communist country, grew up in West Africa, and have served our country all over the world. I have seen this weaponization of law enforcement and the intelligence community for political purposes in failed states.”

Cao is a retired Navy captain, and a refugee from Vietnam. He’s running to unseat Jennifer Wexton (D-Va., 10) who represents portions of western Prince William County, and Loudoun County.

Meanwhile, Florida Gov. Ron DeSantis and the state’s two U.S. senators are warning of the “weaponization” of the U.S. Department of Justice after the FBI on Monday raided former president Donald Trump’s Palm Beach Mar-a-Lago estate.

They did so after the former president announced on his Truth Social platform that his home was “under siege, raided, and occupied by a large group of FBI agents” over a document dispute. The raid was unannounced, “not necessary or appropriate” and “prosecutorial misconduct,” Trump said.

The White House, Department of Justice, and FBI have yet to release a statement in response to numerous media inquiries.

DeSantis issued a statement from his campaign Twitter account, saying, “The raid of MAL is another escalation in the weaponization of federal agencies against the Regime’s political opponents, while people like Hunter Biden get treated with kid gloves. Now the Regime is getting another 87k IRS agents to wield against its adversaries? Banana Republic.”

Florida’ senior U.S. Sen. Marco Rubio, a Republican, published a video message online, warning that the FBI’s tactics were like those of a third-world dictatorship.

“We’ve had divisive politics and anger in our politics for as long as this country’s existed,” Rubio said. “… But the one thing we’ve never had is we’ve never been a country where people who take power, like becoming president, now use that power to persecute their past or political opponents. We’ve never seen that until … the Justice Department under Joe Biden decided to raid … the home of the former president who might … be running against him …

The FBI agents weren’t looking for a fugitive, he said, or tracking down “some serial killer or drug kingpin,” but engaged in “a high-profile raid over a document dispute.”

“Multiple administrations have had disputes over the archival office over what is a presidential record and what isn’t,” he said. Sending 30 FBI agents was done for “one purpose … to try to politically harm and intimidate their political opponents.”

Pointing into the camera, presumably to President Joe Biden, Rubio said, “You’re playing with fire. This is dangerous. Because someone else will be in power one day and now you have created the precedent for them to do this back to you. And then we become the third world. And then we lose our country. And our system of government and the meaning of being one nation under a real constitution. This needs to stop.”

The people responsible for the raid, he said, Attorney General Merrick Garland and the director of the FBI, “need to be held to account for going along with something so undemocratic, unconstitutional, and flat out dangerous and destructive to our republic.”

He also pointed out that the FBI “isn’t doing anything about the groups vandalizing Catholic churches, firebombing pro-life groups or threatening Supreme Court justices.”

U.S. Sen. Rick Scott, R-Fla., said the FBI’s raid was “incredibly concerning, especially given the Biden admin’s history of going after parents and other political opponents. This is Third World country stuff. We need answers …”

In response to DeSantis’ statement, Florida Agriculture Secretary Nikki Fried, a Democrat running for governor, said, “Your tweet is another escalation of your pathetic loyalty to an insurrectionist over country and the rule of law.”

The Democratic Party of Florida said of DeSantis, “This wanna be autocrat weaponizes every state agency against his enemies, targets marginalized communities for political gain, incarcerates people for protesting, while handing out billions of our tax dollars to his donors and raises taxes on us.”

It added, “Law and order though, right Ron? Aren’t you firing people for not following the law? How many laws does Trump have to break?”, referring to DeSantis removing a prosecutor who said he wouldn’t be enforcing state law.

Some social media users asked if DeSantis would work with local sheriffs to prevent FBI raids of Floridians in the future. The Florida Standard reported that the “DeSantis administration did not know about nor worked with FBI or DOJ on the Mar-a-Lago raid.”

“If these allegations are true and accurate, the Justice Department and FBI are – and have been – institutionally corrupted to their very core to the point in which the United States Congress and the American people will have no confidence in the equal application of the law,” Grassley wrote, adding there were “systemic and existential problems within your agencies.”

Grassley sent a letter May 31 detailing alleged violations of federal laws by Assistant Special Agent in Charge Timothy Thibault “based on a pattern of active public partisanship in his then public social media content.” Gressley requested information “so that Congress can perform an objective and independent review of the alleged misconduct,” but received no response.

The raid also came after multiple attorneys general sued the Justice Department after it began investigating parents who speak out at school board meetings, and without evidence, labeled them “domestic terrorists.”

One of the parents being investigated was a Florida-based Moms for Liberty advocate. Its founders said the DOJ “was using counter-terrorism authority under the PATRIOT Act to investigate parents of schoolchildren who were exercising their first amendment right to petition their local government for a redress of grievances.” The group warned that if law-abiding parents were being targeted by the FBI, anyone could be. 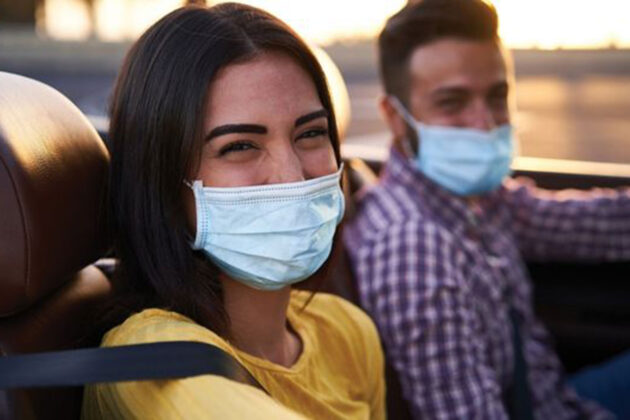