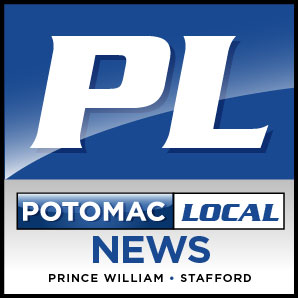 Saturday, September 29th, Catholic Charities of the Diocese of Arlington (CCDA) and Most Reverend Michael F. Burbidge will host a free daylong conference, “Seeking Hope and Healing in the Opioid Crisis.” From the press release:

According to the Virginia Department of Health, in 2016, – the four counties in the Diocese of Arlington with the highest number of opioid overdose deaths are Fairfax, Prince William, Loudoun, and Spotsylvania.

ALEXANDRIA, Va. –  On Saturday, September 29th, Catholic Charities of the Diocese of Arlington (CCDA) and Most Reverend Michael F. Burbidge will host a free daylong conference, “Seeking Hope and Healing in the Opioid Crisis,” to explore ways in which the community and the diocese can respond to the opioid crisis. Dr. Michael Horne, a psychologist with CCDA, will give the keynote address; Bishop Burbidge will lead a prayer service.

“The opioid epidemic is having an increasingly devastating impact on the parishes and communities within our diocese,” said Art Bennett, President and CEO of CCDA. “Bishop Burbidge has asked Catholic Charities and parishes to work together with the community to address this crisis which is robbing families of their loved ones,” he said.

“We want to start a diocesan-wide conversation about how can we address the issue,” said Michael Horne, director of diocesan Catholic Charities clinical services told the Arlington Catholic Herald. “One of the things we’re seeing especially within counseling services (is that) families have really been impacted by the crisis —  children in foster care because parents are unable to take care of them or grandparents raising their grandchildren or people who are struggling to maintain healthy boundaries with loved ones with addiction issues.”

FACTS: The Diocese of Arlington covers 21 counties and seven cities in Northern Virginia.  According to the Virginia Department of Health (VDH), the opioid crisis has severely impacted parishioners and neighbors within the Diocese of Arlington where opioid overdose deaths have increased almost three times in five years, from 141 deaths in 2011 to 387 in 2016:

In 2016, the four counties in the diocese with the highest number of opioid related overdose deaths are as follows:

In fact, Fairfax County had the highest total number of deaths in the Commonwealth from 2007 to 2016 at 437 deaths.

Catholic Charities is the charitable arm of the Catholic Church in the 21 counties and seven cities of the Diocese of Arlington under the leadership of Bishop Michael F. Burbidge. Catholic Charities serves the poor and vulnerable who live in the Diocese, whether or not they are Catholic. Catholic Charities services include food for the hungry, a free medical clinic, transformational housing for men and families, individual and family counseling, emergency financial aid, immigration and refugee services, job training and workforce development, prison ministry and former prisoner re-entry program.