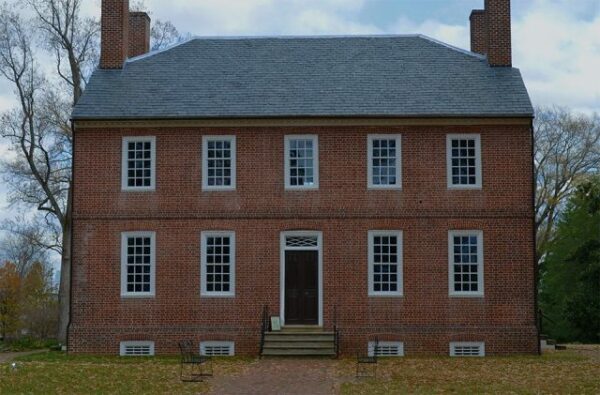 Why? John Frazer, the tavern innkeeper, took ill and died in one of the upstairs bedrooms. Staff that works there will tell you that he has never left. It has been reported that Mr. Frazer enjoys unplugging lights, moving objects, tugging on dresses, and pulling pranks on the tavern guides to let everyone know that he is still around.

Why? A lady in white haunts the church. Her face covered in a veil, kneeling at the altar. She is said to have disappeared into the air once a choir lady called to her.

Why? Colonel Fielding Lewis is said to have seen from time to time agonizing over money burdens. His ghost can be seen pouring over his documents. Also claims of doorknobs mysteriously turning themselves and footsteps can be heard as well.

Why? A few different ghosts have made their appearance or the presence known here. Objects broken, doors slammed shut, footsteps heard, empty chairs rocking. One night, a mother went to check on her young sleeping son. She enter his room and was surprised to see two young boys sleeping in his room. She didn’t recognize the child, but thought someone must have come to spend the night without her knowing. The next morning she asked her son and he said he slept alone!

Why? Here along the Sunken Road, the Union Army suffered one of its bloodiest defeats during the entire Civil War. There have been reports of people hearing gunfire, images of soldiers, and voices giving commands. Some claim to hear ghosts whispering in the cemetery.