During an extensive county police investigation, authorities identified a suspected distributor operating in the Woodbridge area in conjunction with the DEA and FBI.

On May 11, the police department, DEA, and ATF executed a search warrant at the distributor’s home on Palm Road in Dale City. A suspect was arrested without incident during the raid.

However, the suspect cannot be connected to the death of the second teenager who died from an overdose, a 15-year-old Woodbridge teen. The investigation into that teen’s death continues, police said.

Latae’veion Naveiour Woods, 21, of 13711 Palm Road in Dale City, is charged with distributing a schedule I or II narcotics. His court date is Pending, and the police did not have information about his bond status.

Shortly after the two teenagers were found, police suspected their deaths to be connected to counterfeit forms of the drug Percocet, sometimes referred to as “Perc30.” The fake medicines in both recent incidents were preliminarily tested and confirmed as being laced with fentanyl.

Fentanyl is known to be fatal, even in the smallest doses, if the effects of an overdose are not recognized and treated immediately.

While the investigations into the two recent deaths are ongoing, investigators have strong suspicions the victims overdosed after having consumed the fentanyl-laced narcotic. Investigators are awaiting the official cause of death, pending toxicology results from the Medical Examiner’s Office.

The Prince William County Police Department offers medication disposal boxes at each of the three district stations in the county for residents to dispose of narcotics safely, no questions asked.

According to the CDC, in 2019, 70,630 people in the U.S. died from drug overdoses — 4% more than in 2018. Opioids–mainly synthetic opioids (other than methadone)–are currently the main driver of drug overdose deaths.

Virginia American Water and Prince William County unveiled a new Welcome to Dale City sign on Thursday, May 5, 2022.  The unique stone sign with a concrete capstone is at Gideon Drive and Dale Boulevard, marking the entrance to Dale City.

“This is a very special day for Dale City and really Prince William County. We’ve got a lot of things in the hopper of revitalization. This sign, ‘Welcome to Dale City’ is a huge part of that because this is the entrance to this district,” Prince William County Neabsco District Supervisor Victor S. Angry said at a recent ribbon-cutting ceremony at the sign.

Older Dale City wayfinding signs used a blue a green color scheme and noted Dale City as the Friendliest Little City Around. The was developed by Cecil D. Hylton in the 1960s as a Washington, D.C. bedroom community.

Police increased the reward for a suspect in a double shooting at a Prince William County school.

Investigators are still searching for Isaiah Malik Gordon, 23, of the 16000 block of Harwood Oaks Court in Woodbridge. He’s suspected of shooting two men, a 24-year-old and a 33-year-old, during a youth football game played on a field at Benton Middle School near Dale City on Sunday, May 1.

So far, they’ve not turned up any leads. On Wednesday, May 4, the department, through a partnership with the Bureau of Alcohol, Tobacco, Firearms, and Explosives, announced an additional $5,000 reward for information on the arrest and conviction of the suspect.

The Police Department is also offering up to a $1,000 reward for information that leads to an arrest in this case.  Anyone with information regarding this shooting is asked to contact the Prince William County Police Department tipline at 703-792-7000 or submit a tip online to pwcva.gov/policetip.

Police said the two victims were arguing with Gordon, who then pulled out a gun and shot them. Police did not say what Gordon was doing at the game, citing an ongoing investigation. 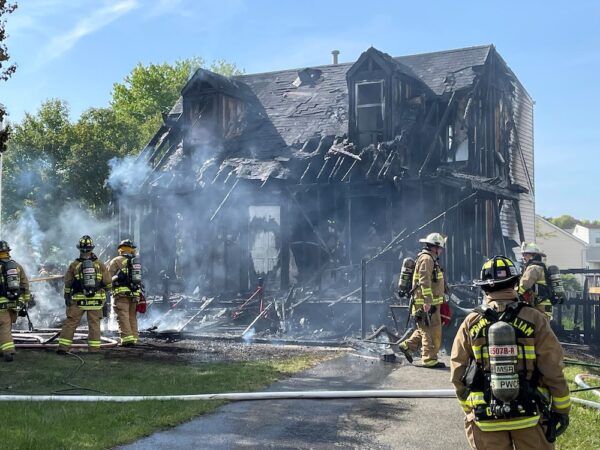 Flames ripped through a home on Reardon Lane in Dale City [Photo: Prince William County Department of Fire and Rescue]

At 3:55 p.m., fire and rescue crews went to the 5000 block of Reardon Lane in Dale City about a mile from Hylton High School, for a fire at a single-family home.

Crews arrived to find a house fully involved, with heavy smoke conditions billowing from the home.

No one was home at the time of the incident.  The structure sustained extensive damage and was declared unsafe to occupy by the Building Official.

One firefighter was taken to a hospital with a non-life-threatening injury. A total of three occupants were displaced by the incident.

The Fire Marshal’s Office said the cause of the fire was improperly discarded smoking material. 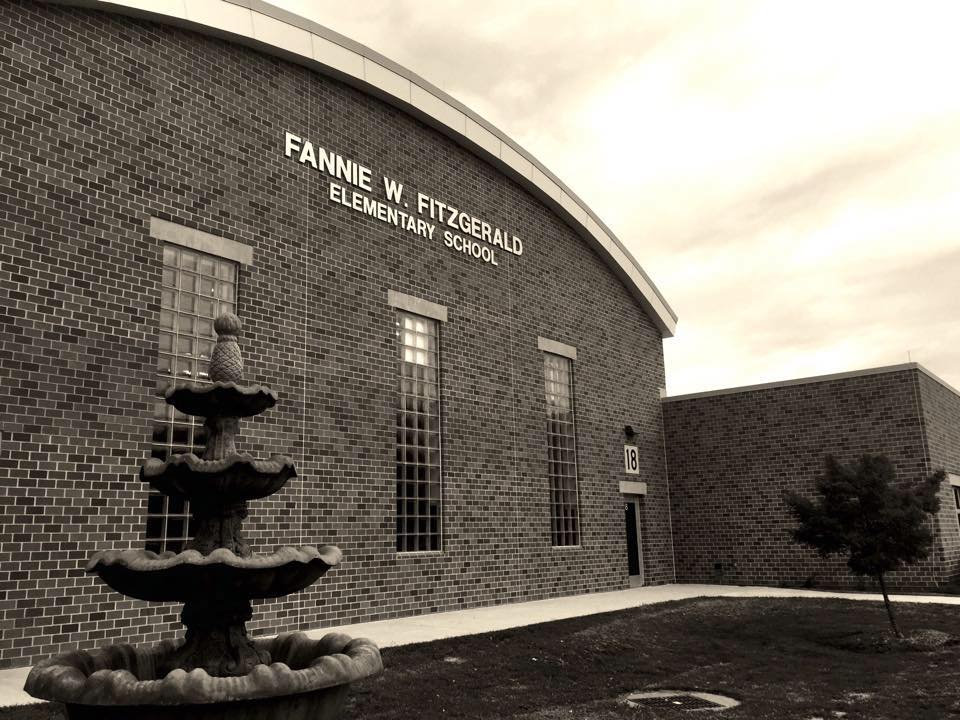 A Prince William County teacher faces charges of assault and battery against a student.

On Friday, April 8, 2022, officers and Child Protective Services crews went to Benita Fitzgerald Elementary School, at 15500 Benita Fitzgerald Dr in Dale City, to investigate an assault by a teacher against a student that reportedly occurred on school grounds the day before.

The other staff members present reported the incident to the school administration, who notified authorities.

Eman Mohammed Alkindi, 44, of 14535 General Washington Dr in Woodbridge, is charged with assault and battery, police said. His court date is pending, and he was released on a summons.

The SRO determined there was never any threat to students or staff. Police found the BB gun at the student’s home. Following the investigation, police sought charges against the accused. On April 6, the SRO learned the Juvenile Court Services would handle the matter internally, police said. 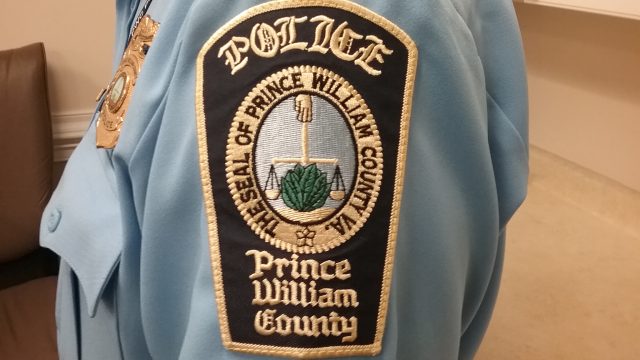 A Woodbridge man faces charges after a 10-year-old girl was sexually assaulted.

Sexual Assault Investigation – On March 25, detectives with the Special Victims Bureau began an investigation into a sexual assault that was reported to have occurred at a residence located in the 12800 block of Hyannis Ln. in Woodbridge earlier that evening.

The investigation revealed that while inside the home, the victim, identified as a 10-year-old girl, was sexually assaulted by an acquaintance, identified as the accused.

A Woodbridge man was held with bond on charges he sexually assaulted two children who lived in his home.

On March 9, detectives with the Special Victims Bureau, in coordination with Child Protective Services (CPS), began an investigation into a sexual assault that was reported to have occurred at a home in Woodbridge on March 8.

The investigation revealed that the victim, a 14-year-old girl, was inappropriately touched by an acquaintance while living in the same house on more than one occasion.

The victim disclosed the incidents to a school counselor who contacted CPS and the police prompting the investigation, police said.

During the investigation, detectives determined that between June 1 and August 22, 2021, a second victim, between 14 and 15 years old, also lived with and was inappropriately touched by the accused.

Police did not disclose details about the relationship between the suspect and the victims.

Meanwhile, in Dale City, a 35-year-old Alexandria man faces a sodomy charge after police said a child was sexually assaulted over the six sears.

On February 24, detectives with the Special Victims Unit concluded an investigation into a sexual assault that was reported to have occurred between November 2014 and September 2020. The investigation began in September 2020 when the victim, who was between the ages 7 and 11 during the time of the offenses, reported the incident to the police.

The investigation revealed that the victim was sexually assaulted by a family member on more than one occasion, police said.

The suspect and victim lived in the same house. Police did not provide details of the relationship between the suspect and the victim.

During the investigation, detectives determined the accused also lived with and sexually assaulted a second victim, who was between the ages of 6 and 11, on more than one occasion during the same timeframe.

Leyla Vanessa Granados Salis, 35, of 7940 Silverado Place in Alexandria, was arrested February 24 and charged with two counts of aggravated sexual battery, two counts of indecent liberties, one count of forcible sodomy, and one count of object sexual penetration. 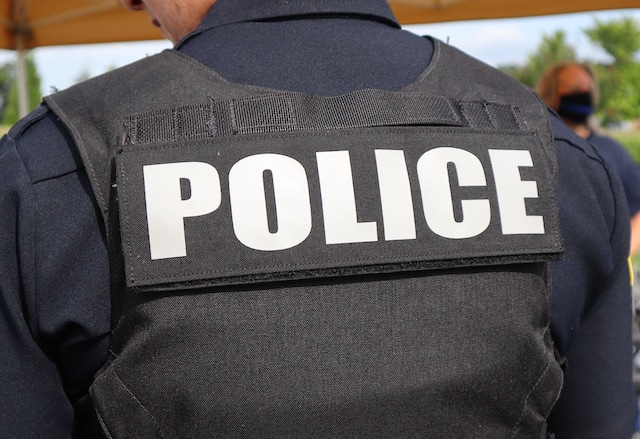 On Saturday, March 5 at 11:20 p.m., police went to a home located in the 14400 block of Lamar Road in Woodbridge to investigate a shots fired call.

A resident said they saw a green laser light shining into the living room before hearing a loud noise followed by the sound of glass shattering. A bullet shattered the home’s glass front door, said police.

The man saw a car in front of his home, which drove away after the shot was fired. The investigation revealed that a bullet entered the front door and lodged into a wall in the adjoining room.

No injuries or additional property damage were reported.

In a separate incident, a homeowner in the 13400 block of Princedale Drive in Dale City said they heard loud noises 1 and 2 a.m. on Friday, March 4.

Initially, they found no damage, but the homeowner found a bullet hole in the siding on the front of the house the following morning, said police

In addition, the car parked in front of the home sustained damage that was consistent with being struck by projectiles.

No injuries or additional property damage were reported. 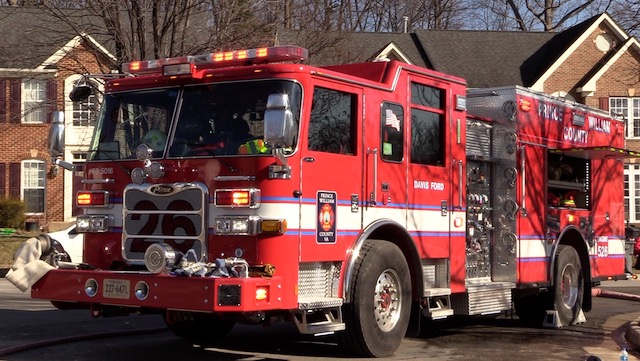 A car slammed into a house in Dale City this afternoon.

At least one person was injured, prompting rescue crews to take them to an area hospital.

After a car collided with a home’s front porch, rescue crews went to Trident Lane, just off Dale Boulevard. A 911 call went out at 12:41 p.m.

A building inspector was called to examine the damage to the home. Trident Lane is lined with townhomes built in 1991.

We’re monitoring this story and will bring you updates as soon we have them.