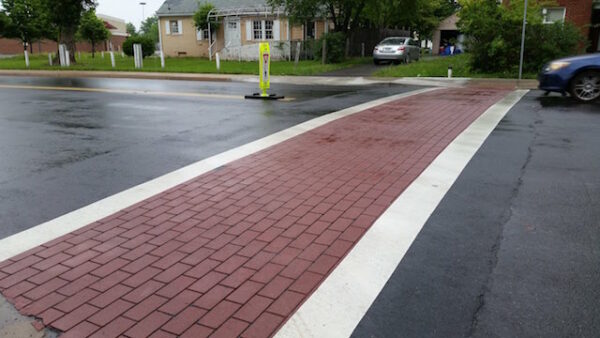 Pedestrian deaths across the region are on the rise.

Even as most types of traffic fatalities declined in 2018, the number of pedestrians and cyclists killed in traffic incidents increased nearly 19 percent across the region, according to local departments of transportation.

Preliminary data indicate that pedestrian and cyclist deaths account for more than 33 percent of all traffic fatalities in the region, mirroring national trends. According to the Governors Highway Safety Association, the most significant contributing factors are vehicle speed, distractions, time of day, and alcohol.

“Fairfax County has invested more than $300 million in bicycle and pedestrian infrastructure since 2002, and we know there’s much more work to be done,” said Sharon Bulova, Chairman of the Fairfax County Board of Supervisors and member of the COG Board of Directors. “Making travel safer requires all of us — government, law enforcement, and the public — to increase our collective efforts. We are grateful for programs like Street Smart that remind the public to be alert, to be safe, and to watch out for each other on the roads.”

As more people take to the road this spring and summer, Street Smart, a pedestrian and bicyclist safety program created in 2002, will offer safety tips to drivers, pedestrians, and bicyclists through a combination of transit ads, media outreach, digital engagement, and grassroots outreach.

The campaign will run through May 13 concurrent with increased enforcement of traffic safety laws that protect people walking and biking in the District of Columbia, suburban Maryland, and northern Virginia. Law enforcement officials will be ticketing drivers who disobey the speed limit or fail to stop for pedestrians in crosswalks. Violations can cost up to $500 and add points to a driver’s record.

In Prince William County in 2017, police reported four pedestrian deaths. Three of the victims failed to use a crosswalk, according to police.