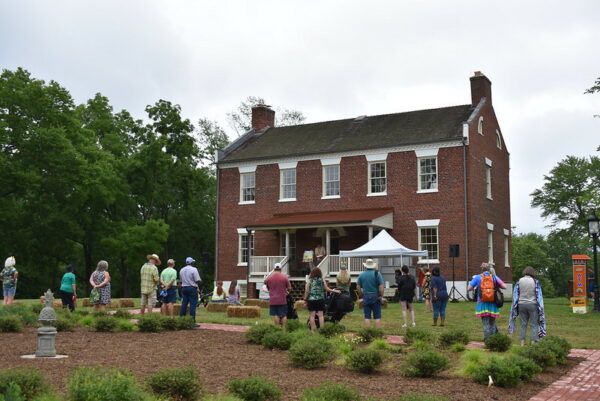 It took only three months to plan and execute, and by all accounts, the first Manassas Bee Festival was a resounding success.

About 2,500 attended the day-long event held this past Saturday at Liberia House Planation.

It was amazing and successful because so many people did so many amazing things,” said City Councilwoman Theresa Coates Ellis, a key promoter of the event. “Everyone came together; businesses, sponsors, children dressed up like pollinators… let’s hope we can continue tins every year and build on it.”

We first talked to Coates Ellis about the festival late last month, on the heels of the city becoming the latest “Bee City USA.” Those localities are places where natural pollinators, responsible for bringing us our food supply, thrive.

City Councilman Mark Wolfe said he went to the event at 10:30 a.m. He noted it was so busy that he couldn’t find a parking space.

“We can remember the days when we didn’t even know there was a [Liberia] House back there,” said Wolfe.

In recent years, the city invested more than $2 million to restore the nearly 200-year-old plantation house. In addition, president Abraham Lincoln visited troops who occupied the house during the Civil War.

The grounds including short walking trails.

The city’s Beautification Committee, headed by Mark Olsen, led the charge to organize the event. The council members also praised it too.

“We think of Manassas as a Tree City, a Bee City, and a Butterfly City,” said Councilman Tom Osina. “We’re just all kinds of cities here.”