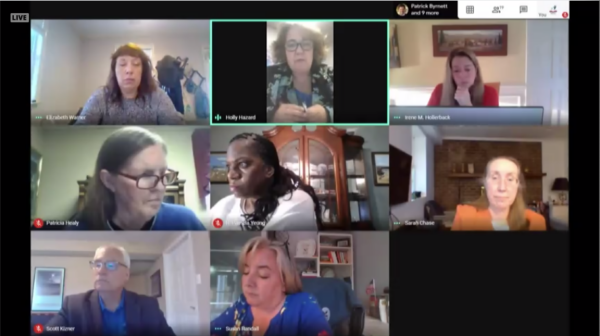 The Stafford School Board has decided to approve and roll out three new construction projects at their latest meeting on April 28.

It will cost $1.3 million to repair the structural integrity of the outer brick walls at North Stafford High School, located at 839 Garrisonville Road in North Stafford.

The top five feet of the wall house the largest problem. When the wall was initially built, the upper blocks were not properly fastened to the building, so they now pose a safety issue, school officials said.

The 2011 earthquake also caused damage to the exterior of the school. There are chipped bricks, deteriorated mortar, and water seeping through the walls.

The Board debated spending the money now or pushing the project to a later year. Ultimately they decided it was too much of a safety hazard to postpone.

No funding source has been verified for this project as it will depend on appropriation from the Board of Supervisors. Because the ties that would fasten the upper blocks to the building were left out of the original construction, the project is not covered by insurance.

“We don’t know where that money is coming from,” Chairwoman Holly Hazard said.

The motion to approve the project passed in a narrow 4-3 vote with supervisors Patricia Healy, Irene Hollerback, and Hazard being the dissenting votes.

A $170,000 furniture delivery will help move Ferry Farm into its first phase of renovation.

The delivery includes common classroom and library furniture such as tables, chairs, desks, and bookcases.

The order was originally going to be $250,000, but was reduced by county staff who’ve pushed some purchases for later construction phases.

“These kids need a place to sit, work, and be productive, so I’m going to support this,” Hollerback said.

Phase one of renovation is scheduled to be complete by August.

The Board unanimously voted to move in favor of doing a $30,000 patchwork job on the Mountain View track.

Originally, they had considered doing a full replacement of the track which would have cost them $700,000.

The track has uneven surfaces, cracking, and has started pulling up from the base.

The conservative vote comes amidst the coronavirus pandemic that has called for the tightening of funds.

“We are not in a position where we should be spending any more money than we need to at this point,” Healy said.