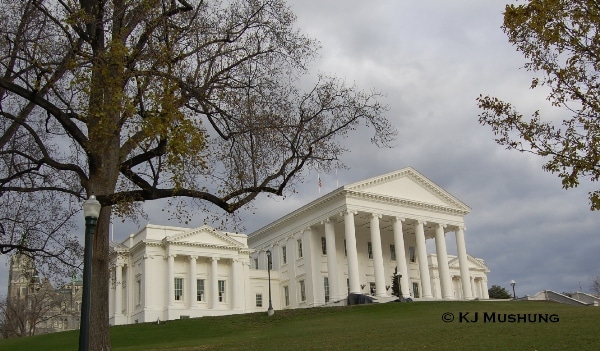 The Senate could not muster the votes to override the veto of Senate Bill 627, which had been sponsored by Sen. Chap Petersen, D-Fairfax.

Petersen expressed disappointment that his “solar freedom” bill will not become law. He said the bill would have allowed all Virginians who live in homeowners associations to lower their electricity bills and qualify for federal tax credits by installing solar panels on their houses.

Some community associations traditionally have prohibited or restricted solar panels for aesthetic and property-value reasons. In 2008, the General Assembly passed a bill proposed by Sen. Frank Wagner, R-Virginia Beach, to address that situation.

Wagner’s measure said that after July 1, 2008, community associations could not impose rules to “prohibit an owner from installing or using a solar energy collection device on that owner’s property. However, a community association may establish reasonable restrictions concerning the size, place, and manner of placement of such solar energy collection devices.”

Because of a grandfather clause, that law did not affect solar-panel prohibitions that had been in place before July 1, 2008. That’s why Petersen introduced SB 627 this legislative session.

“Ninety-nine percent of the homeowner associations’ covenants were unaffected by the law in 2008 because the restrictions already existed,” Petersen said. “My bill struck out the grandfather clause and said this will be the state law across the board and prohibitions on solar panels are not enforceable in Virginia.”

During the General Assembly’s regular session, the Senate passed SB 627 on a 31-8 vote, and the House approved it 74-24.

But on April 9, McDonnell vetoed the bill.

The governor said the 2008 law provided community associations with more than enough opportunities to change previous covenants regarding solar panels. SB 627 was an attempt to retroactively enforce that law, McDonnell said. He said it would have violated both Virginia and United States laws.

“Senate Bill 627 appears to contradict the general legislative rule that statutory enactments are applied prospectively,” McDonnell said. “In addition to the problem of retroactive application, the legislation potentially violates both the United States Constitution (Article I, Section 10) and the Virginia Constitution (Article I, Section 11) by ‘impairing the obligation of contracts.’ ”

Overturning a veto requires a two-thirds majority vote in both the House and the Senate. That means getting 27 senators to vote in favor of overriding the vote.

Last Wednesday, the Senate voted 21-18 in favor of overturning McDonnell’s veto – and so the vote failed.

Solar installation has become increasingly popular around the country, creating new jobs and a new way to power homes and businesses, Petersen noted.

“There are a lot of new technologies out there in residential improvement industry which we need to encourage. Solar installation is certainly one of them,” he said. “The businesses that install solar panels are small businesses, and I want to make sure that they can sell their products and not go up against a lot of red tape and legal prohibitions.”

In an interview, Petersen said he probably will reintroduce the legislation in the future.