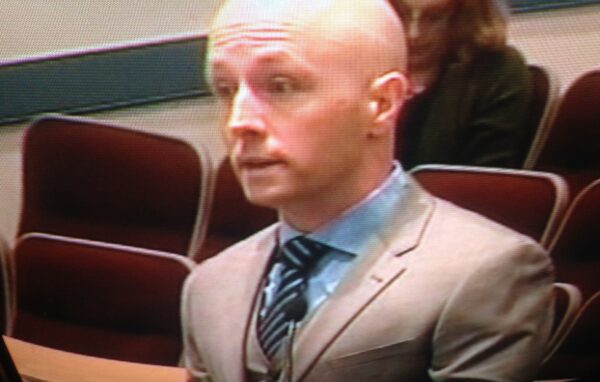 Last night, the Stafford County School Board reversed an earlier decision to allow a transgender fourth-grade student to use the girls’ bathroom – even though the student is biologically a male.

The unanimous decision means that the individual, a student at Hartwood Elementary, now has to use a single-stall restroom, staff bathroom or the restroom of their biological gender.

The school board chamber was full during last night’s meeting.

Nearly two dozen people spoke on the matter — including the father of the student impacted.

School board chairwoman Nanette Kidby read the county schools’ non-discrimination policy aloud during the meeting, before opening it up for public comment.

The policy states that they will not discriminate against any person on the basis of race, sex, age, color, religion, national origin, political affiliations or disability.

“Title IX has been interpreted to require school systems to permit a transgender student to use the restroom consistent with the gender with which he or she identifies,” said Rick Fitzgerald, Executive Director of Human Resources for Stafford County Public Schools, stated in a letter.

Most of the people who spoke out against the school allowing the child to use the restroom of the biologically opposite sex wore large stickers on their clothing that said “Save Our Schools.”

The opponents mainly cited privacy issues and the safety of their children as reasons for not allowing people of the biologically opposite sex to share bathrooms, locker rooms, locker room showers or dressing rooms. Some speakers mentioned personal values as the reason for their objection.

“To have this forced upon us and have all of our values nullified is dangerous,” said Brian Bednar, continuing “We have male and female. We are all made that way.”