The Riverside Center for the Performing Arts in Stafford County celebrated 25 years in business.

The center’s director, Patrick A’Hearn, thanked the community for its support during a ribbon-cutting ceremony organized by the Fredricksburg Chamber of Commerce on Thursday, February 2. A’Hearn recalled visiting with a guest who doubted the dinner theater would survive.

The dinner theater markets itself as bringing Broadway to the Fredericksburg region. Some of the shows scheduled at the center in 2023 include “42nd Street,” “Ragtime,” “Joseph and the Technicolor Dream Coat,” and “Miracle on 34th Street.”

A’Hearn said the dinner theater stays true to early supporter Rollin E. Wehman, from whom the theater is named, who advocated for a regional performing arts theater. “His dream that it has made it possible for someone like myself and the people behind me to get the opportunity to do what they love to do,” added A’Hearn.

Several of the dinner theater’s cast and employees stood behind A’Hearn as he spoke. He thanked each for their work and dedication to the center.

Tom Coen, a high school history and government teacher of the Stafford County Board of Supervisors, also spoke during the ceremony. “Not only does The Riverside bring Broadway to Stafford with hundreds of main stage productions, musicals, dramas, but also you support our community through youth programs, as you’ve heard, annual scholarships, said Coen.

The theater sits at 95 Riverside Parkway in Stafford County and combines 36,000 square feet of dinner theatre and conference facility. Over half a million patrons have experienced the enchantment of Riverside Center since 1998.

In 2016, the facility was rebranded as Riverside Center for the Performing Arts. 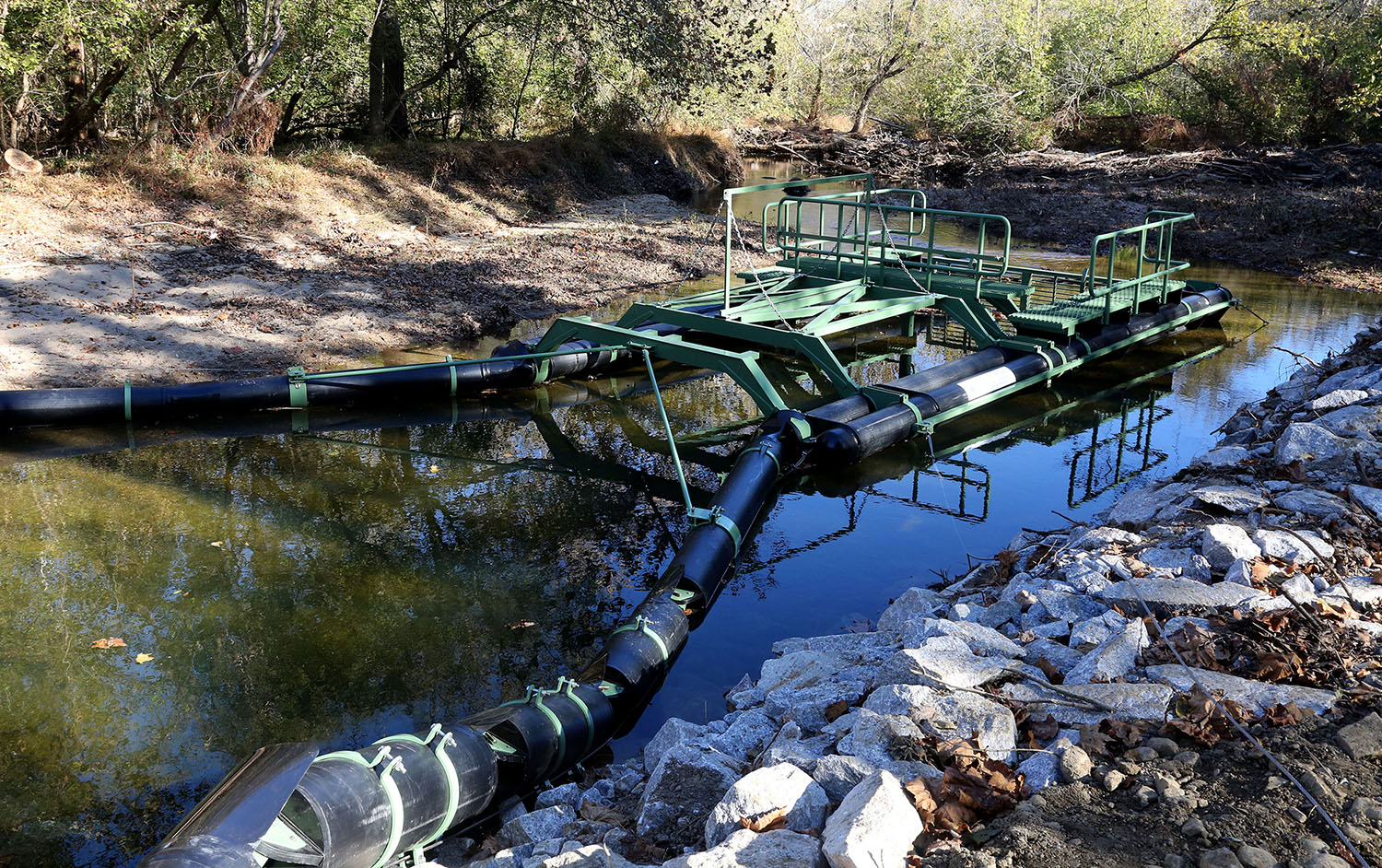 The association’s 2023 project award in the “Environment Less than $5 Million” category was for installing a trash collection system called a bandalong in Neabsco Creek.

“This was a team effort between Parks and Public Works, and we got lucky and found a private partner in Micron Technology,” Hughes said. “Their corporate team in Manassas was looking for a watershed restoration project because Micron uses a lot of water in their microchip manufacturing process. They donated $300,000 that fully paid for the Bandalong, the installation, and the first year of operations and maintenance.

tThe bandalong floats in the creek during storm events and catches floatable litter that would otherwise scatter into the 300-acre Neabsco estuary, which is part of the Prince William County Parks, Recreation, and Tourism system.

The bandalong collected 16,476 pieces of litter otherwise destined for the estuary.

“All that litter would have polluted the estuary. With big storms, it gets out of the estuary into the Potomac River and beyond, from the river to the Chesapeake Bay and on to the ocean,” Hughes said. “It’s collecting the vast majority of trash.”

The bandalong also helps with volunteer cleanups. Before the Bandalong, volunteers gathered twice a year in the Neabsco Creek estuary to collect trash, often at personal risk.

“Marine debris and trash in our waterways have been a growing environmental issue. People are looking for solutions other than volunteer cleanups,” Hughes said. “It’s much safer and easier. All the trash gets collected in the Bandalong.”

Volunteers who regularly attend cleanups have noticed. Lynda Silverstrand, a long-time volunteer with the Prince William Trails and Streams Coalition, said that fallen trees once trapped bottles and other trash that floated down the creek, and it looked as if someone had dumped the trash at the choke points.

“The trash used to go down into the wetlands,” Silverstrand said. “The Bandalong collects a lot of tennis balls, footballs, and basketballs. We used to get so many bags of trash. In the last two cleanups, there just hasn’t been that much. It’s very little compared to the past.”

See a video about the Bandalong here.

The APWA Public Works Project of the Year Award was established to promote excellence in the management, administration, and implementation of public works projects by recognizing the alliance between the managing agency, the consultant, the architect, the engineer, and the contractor working together to complete public works projects.

Always Flavored, the flavor-centric Sauce and Seasoning company in Fredericksburg, is celebrating two second-place honors from the 2023 Scovie Awards for its Sweet Virginia Love BBQ Sauce in the Barbecue Sauce-Unique category and Ritabeata’s Mild Hot Sauce in the Prepared Sauce-Prepared category.

“We couldn’t be more excited that our products were recognized and appreciated at such a national and international level,” Rita Witte, owner, and founder said. “It is gratifying and pleasing to know our sauces keep tantalizing and dazzling the taste buds of even some of the toughest food critics.”

The judging comprised 80-100 culinary experts and is usually held the first Monday between the New Mexico State Fair and Albuquerque International Balloon Fiesta. This year’s competition had 934 entries from 151 companies across 37 states and 12 countries, which included, but weren’t limited to, England, Hungary, Germany, Canada, and Australia.

Ritabeata’s Mild Hot Sauce is a fermented sauce made with moderate heat with jalapeños, serranos, and long chilies.

Sweet Virginia Love BBQ Sauce is a balance of sweet and savory for beef, poultry, and fish dishes with low heat. 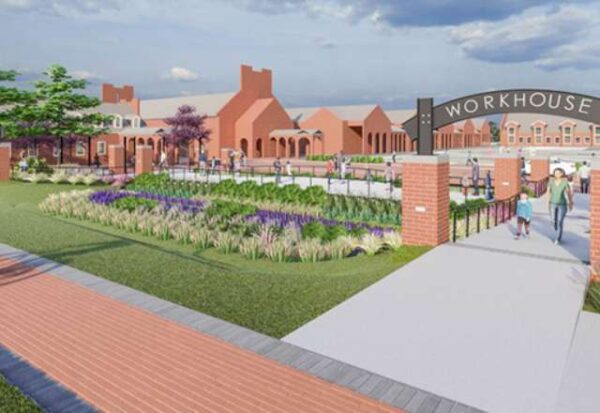 A second community meeting where information about the Workhouse Arts Campus Master Plan is coming up.

Officials are encouraging people to attend and share their opinion on several development ideas. The event takes place on February 15, from 7 to 9 p.m., at the McGuireWoods Gallery at the Workhouse Arts Center, 9518 Workhouse Way, Lorton.

Our valued members ensure we can write more great stories like this one about the people in our communities.
0 Comments
News 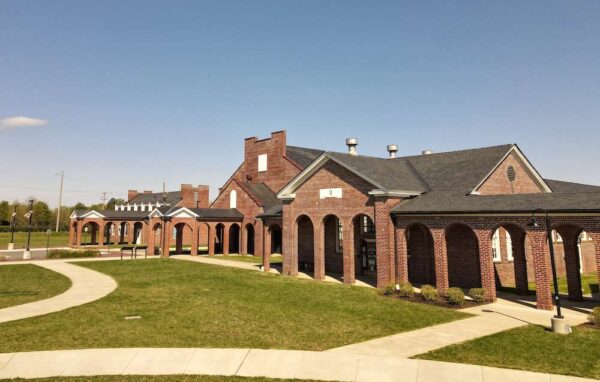 Performances are either part of the OnStage series, organized by the Workhouse Art Center’s Performing Arts team, or the Rahmein Presents comedy series, by Rahmein Mostafavi.

Ramhein Presents’ primary program is its ‘couples therapy’ comedy show, a round-table discussion about the trials and tribulations of love, dating, sex, singlehood, and marriage.

All performances are held at the Workhouse campus at 9518 Workhouse Way in Lorton. Show times vary, including both day and night performances. Prices range from $10 to $25; parking is free. For more information, visit workhousearts.org. 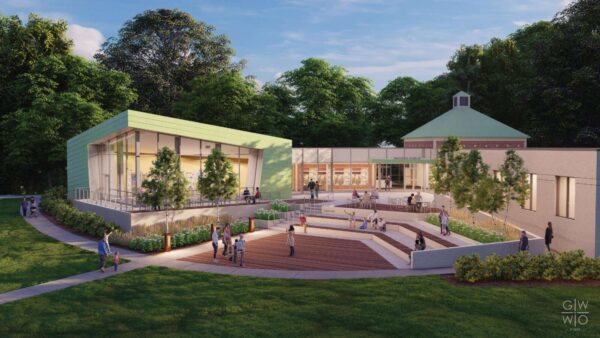 The Manassas Museum has partnered with GWWO Architects to fulfil the “(Re)Imagine Your Museum” project, a major expansion effort set to be completed by Fall 2023.

This project – originally planned in 2008 – was set aside due to economic instability. Having finally begun in late 2022, the $7 million expansion effort will be completed by Fall 2023 – just in time for Manassas 150th birthday celebration.

Important elements of the expansion are increased exhibit space, community space, additional meeting rooms, and an updated courtyard for performances and community gatherings.

The Manassas Museum was initially constructed in leased space in 1974 as a temporary before relocating to its current location in 1991. The design for the original museum was provided by architect Carlton Abbott, of Carlton Abbott and Partners in Williamsburg.

Its original design’s traditional, fort-like form is meant to pay homage to the city’s agricultural and Civil War history. The front lawn serves as the city’s “town green” and has hosted many formal and informal events and activities.

According to city spokeswoamn Patty Prince, a significant portion of this project’s funding comes from Mae Merchant, a late city resident. . Merchant, who passed away in 2014 at the age of 90, served in committees such as Board of The Manassas Historic Resources and Board of The Manassas Museum. She left the city $1 million to fund the expansion.

As renovations continue, Echoes, the Manassas Museum Store, has moved to a temporary location at the Railway Depot. Programs and tours will continue to be offered to keep the community updated on the progress of the development of the renovations. 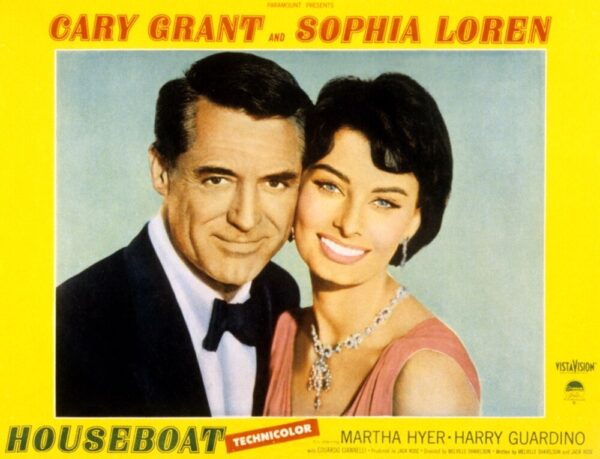 A film festvial at Porter Library at North Stafford will celebrate the county’s spot on the of fame.

The Stafford County Museum organization will host the festival in the community Saturday, January 21, 2023, at the library, 2001 Parkway Boulevard, from 1 to 4:30 p.m.

Actor, writer, and anthropologist Justin Sisk will be on had to discuss the films that made Stafford famous. The film festival will provide light refreshments and a screening of the 1958 rom-com Houseboat, starring Cary Grant and Sophia Loren., filmed in various locations in Virginia.

To celebrate, the city has planned a yearlong string of events and festivities, including a 150th birthday party, a historic walking tour, burying a time capsule, and workshops and speaker events.

Most notably, the birthday celebration will include a firework show on April 1, 2023, at Dean Park. The Boys and Girls Club at Dean Park will be reserved to support the event, and city staff will help with the festivities.

Other anniversary initiatives include “Telling Your Story,” a chance for Manassas residents to either submit a written or recorded recall of their favorite memories of Manassas. The city will produce a video to capture the stories.

The 150th-anniversary time capsule buried later this year is collecting submissions until March 1. Those selected can place their items in the capsule during the 150th birthday party.

You can submit your item for consideration on the city website. The contest is limited to Manassas residents and is open to all ages. The city suggests the items be small, around the size of a golf ball or a flat sheet of paper/ photograph.

The hospital said the mother and father, Casey and Brett Perlier, drove from North Carolina to Pennsylvania to visit family for the holidays. The mother began having contractions while traveling on Interstate 95.

The couple pulled off the highway and went to Stafford Hospital, where doctors performed an emergency C-section to deliver the child.

The baby is doing well and is expected to be discharged home soon.

Led by medical director Dr. Allison Markowsky, the Level II NICU brings the expertise of Children’s National neontologists and hospitalists to Stafford Hospital through both telemedicine support and in-hospital care.

“We are so proud of our Level II NICU and the partnership between Stafford Hospital and Children’s National. To be able to offer this kind of specialized, expert newborn care when situations like Casey and Brett’s arise is an important part of our commitment to keeping our community healthy,” said Dr. Markowsky.